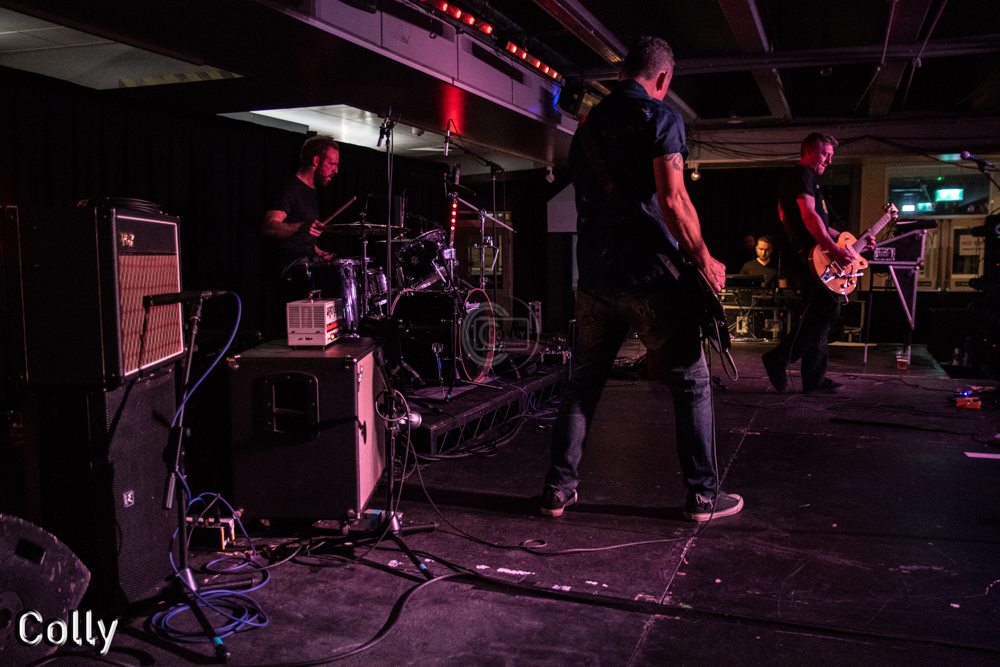 Killer riffs and driving rhythms are the staple of our sound.

Formed during the spring of 2014, their shared love of all things curd-like helped Jason Gorgonzola (vox), Tommy Brie (bass), and Matt Crumbly Lancashire (drums) develop a varied set of songs that range from the swirls of Leopold’s Apple to the galloping rhythms of Camels, via the achingly beautiful tale of dredge teams in Nome, Alaska, in Gold Divers: Under the Ice.

Since Tom and Matt’s departure, their shoes have been filled by Al Superstar Green (drums) and Allan ‘Cheddar’ Tanner (bass).

Al’s retirement from rock and roll has led to the recruitment of drummer Mike ‘Mozzarella’ Carling.

Having already garnered airplay on Salford City Radio, Tircoed 106.5, Australia’s Valley FM 89.5, and California’s KBYD Radio – and with many rapturously received gigs under their collective belt including performances at the Salford Music Festival and Chorley LIVE!

We have played various legendary venues in Manchester and Liverpool including The Crescent, Salford (RIP!), Night & Day, Mono, The Dulcimer, Fab Cafe, Peer Hat, The Lomax and The Jacaranda.

We are signed to Manchester’s coolest record label – German Shepherd 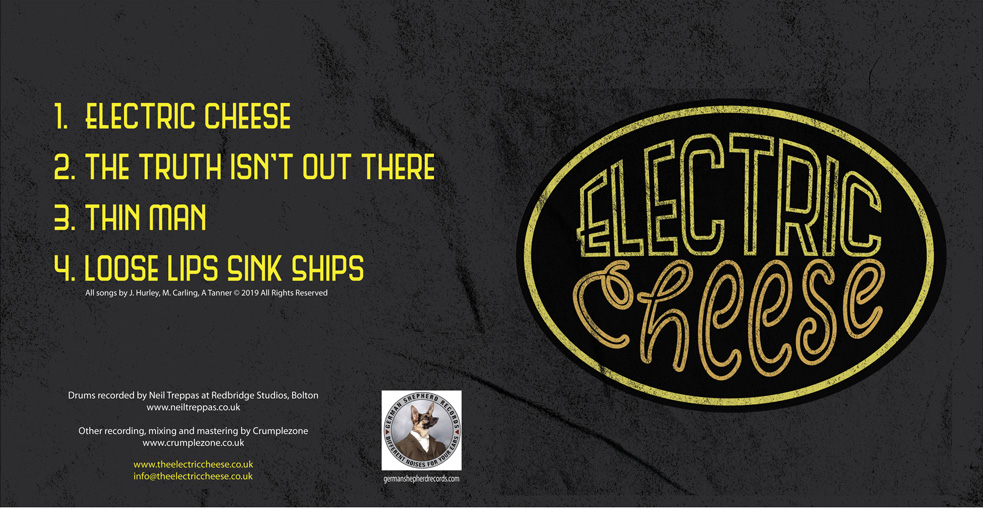 THE Electric Cheese‘s first EP Lactose Intolerant EP is  also available. Check  out our Bandcamp page to hear/buy it.  Also available on iTunes and Amazon etc.

The band is looking to supplement its busy calendar by filling the spring and summer months with nationwide festival slots, TV appearances, radio sessions, and support slots with touring artists. Local gigs in the Lancashire, Merseyside, and Greater Manchester region are also willingly accepted.

Email info@theelectriccheese.co.uk to get in touch.

Check out the links below for music, videos and all the social media stuff.